Today from Syria only bad news arrives, the attacks of Turkey with justification “to defeat ISIS” even if to me it seems only a mass devastation of the Kurdish people, in many today as always blamed the United States, which always according to many have supplied the guns to the Turks, Europe that thinks only of how many poor people will come to “bother”, Italy and the nearby coasts that are already counting on how much money will enter the coffers, which make money first skin of poor people, and then pretend not to want them!
My thoughts on this affair are aimed at two things, the first, the millions of children who die, who risk their lives on those damned boats, which are rejected by other nations and which are denied their rights to live a better future. And the second thought goes to those who have made it a trade in the struggle for rights, which has made them kill just this morning, the really bad thing and which they talk about very little in the news, Hevrin Khalaf, was killed two days ago in an ambush, and in the worst way you can know, the car you were traveling on was targeted, by hundreds of bullets, the driver and his bodyguard died instantly, instead she was dragged out from the car raped and stoned.

A violent death, and one that does not wish on anyone, but the young activist was annoying to many, because those who put themselves in the front row, to fight for human rights, especially those of women, annoys many, and so does you enter into the hearts of all others, because Hevrin Khalaf, just 35 years old, was loved not only by the women of his people, but from many nations he admired his work, and his work, he entered politics, and he did not deal only with of women’s rights, but of peaceful coexistence between Kurds and Syrian Christians, say that the attack was claimed by ISIS exponents, and many want to make people believe this considering that it was a non-believer according to them. Everything after Erdogan attacks the Syria to “defeat terrorism” I don’t know much about their politics, but I can only say that Hevrin died unjustly, and that people who do not have many people who expose themselves for their rights, lost someone really important.. someone who gave her life for her people.. rest in peace Hevrin ! 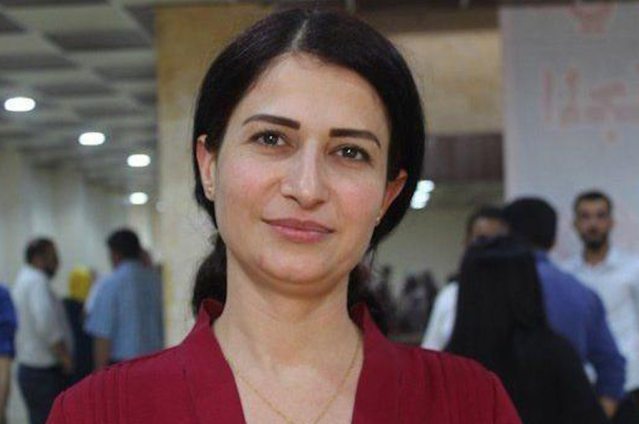