Yes, last Friday another amazing royal wedding it was celebrated for the English crown, Queen Elizabeth, has also seen her little Eugenie marry, her niece who is perhaps more like her, Andrew’s daughter and Sarah Ferguson. , the famous red house of Windsor, has married his great love, and from the photos, we see that it is true love, in the beautiful cathedral of Saint George, where in April this year his cousin Hanry married Meghan .. On Friday Princess Eugenie said i do, at Jack Brooksbank, Eugenie’s dress by Peter Pilotto was extraordinary, showing off the scar of the operation she suffered at age 12, for scoliosis, made her human to eyes of the British people, the not wearing the veil, has made it unique among the royal bride of the last two centuries.The princess’s tiara, courtesy of the queen, was magnificent with a marvelous cabochon emerald, which stood out in her eyes and which also distinguished her from the other Windsor house bride.

Some note also on the groom, well dressed elegant and also very excited, a simple guy, a former waiter who has paid his university studies alone, he studied in the best English schools, sons of an accountant, as many British also has origins, distant, noble.The two have been dating for almost more than 10 years, and we can see that they are very much in love, we saw it during the church function, well this means that there is a happy ending for Princess Eugenie, for years tyranny by paparazzi who preferred Kate to her and her sister Beatrice, calling her the sisters of Cinderella, Friday more than ever Eugenie has shown to have style and to be unique and beautiful she too.

of course the full family Royal, except for Camilla, which is said to have public commitments that could not postpone, others speak of problems with Charles’s brother, and still others of problems with the couple, very likely that Camilla, thought of becoming soon queen and instead, not only to the ascent to the throne of Charles she will not be, but of this step .. first dies Charles and then Queen Elizabeth .. but this is another story..T BJhe ginger girl, but not just any, but the always sparkling, Sarah Ferguson, former wife of the Duke of York and mother of the bride, radiant in her green dress .. and the sister of the bride as well as the eldest of the Dukes of York, Beatrice in a wonderful dress blue signed Ralph and Russo, very elegant ..very elegant and sober, the family of the Sussex dukes Sophie wore a wonderful dark dress, and the daughter who was a maid of a beautiful cobalt blue dress, Lady Louise, the fifteen year old was really beautiful at the wedding of the cousin, the pagetti and the flowers girls, enchanting apart from the children of friends (including the beautiful Theodora Williams) there were the sons of the cousins of the princess, then the sons of Da Zara and William, and here the eyes were focused as always on the little Charlotte, she who 3 years, how to capture the scene! the Duchess of Cambridge and the Duchess of Sussex, were elegant and naturally beautiful, Kate wore a dress by McQueen, color a pomace, tight at the waist, with matching accessories, instead Meghan Markle, seems to hide the tummy, she wore a coat of a very dark color, not really from royal wedding, signed Givenchy.

As for Harry’s wedding at Eugenie’s wedding there was a notable starter parter, Kate Moss and Naomi Campbell, Demi Moore and Liv Tyler, Robbie Williams and wife, Ricky Martin, who is more you invite them in practice 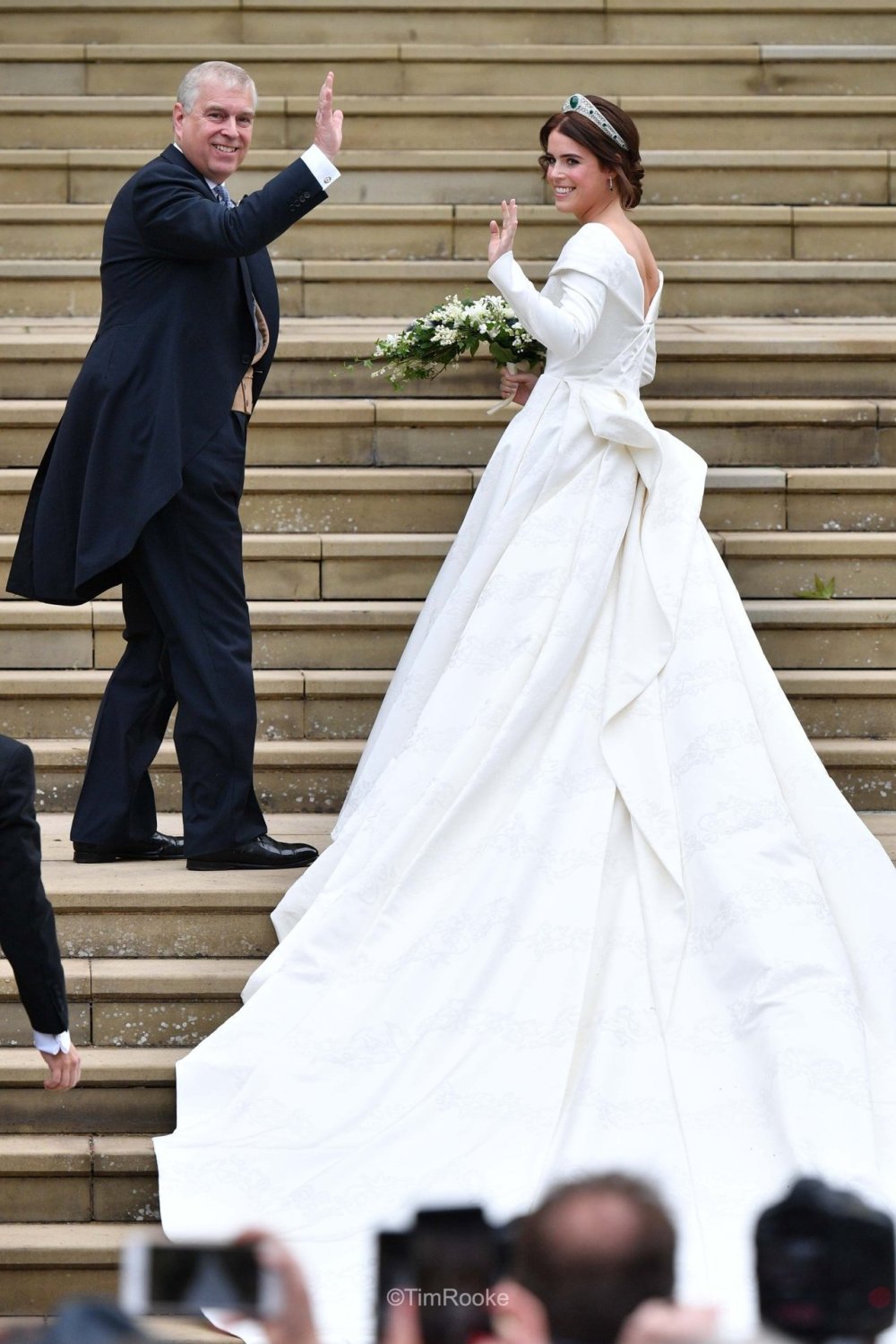 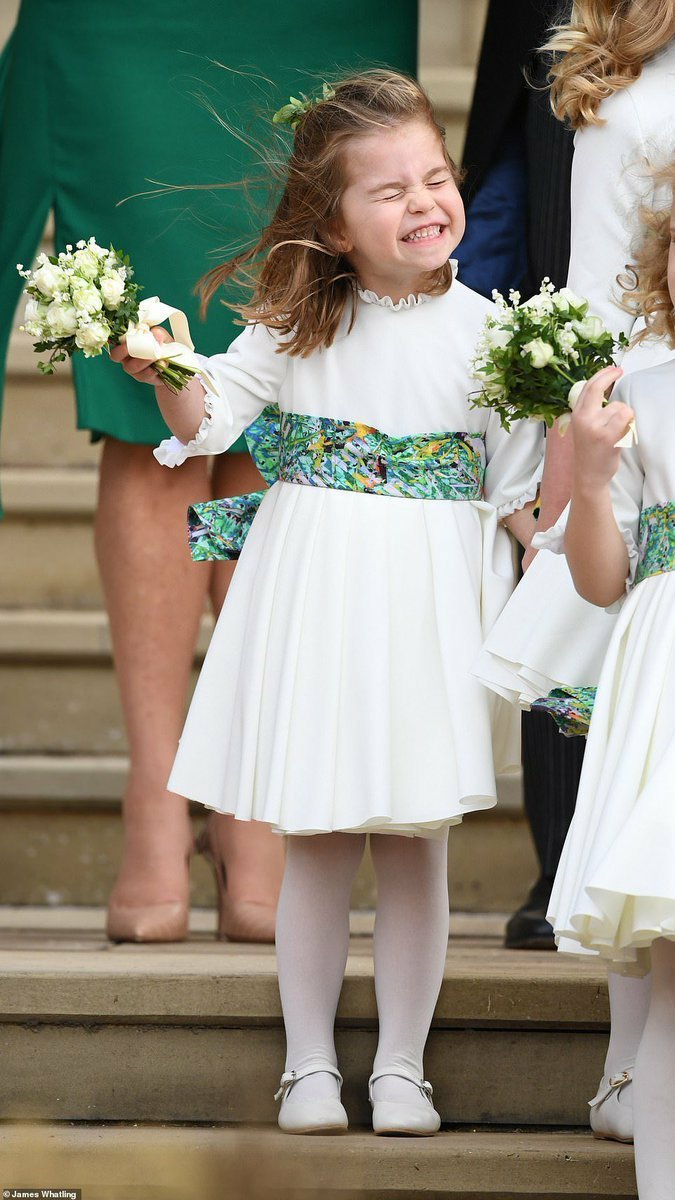 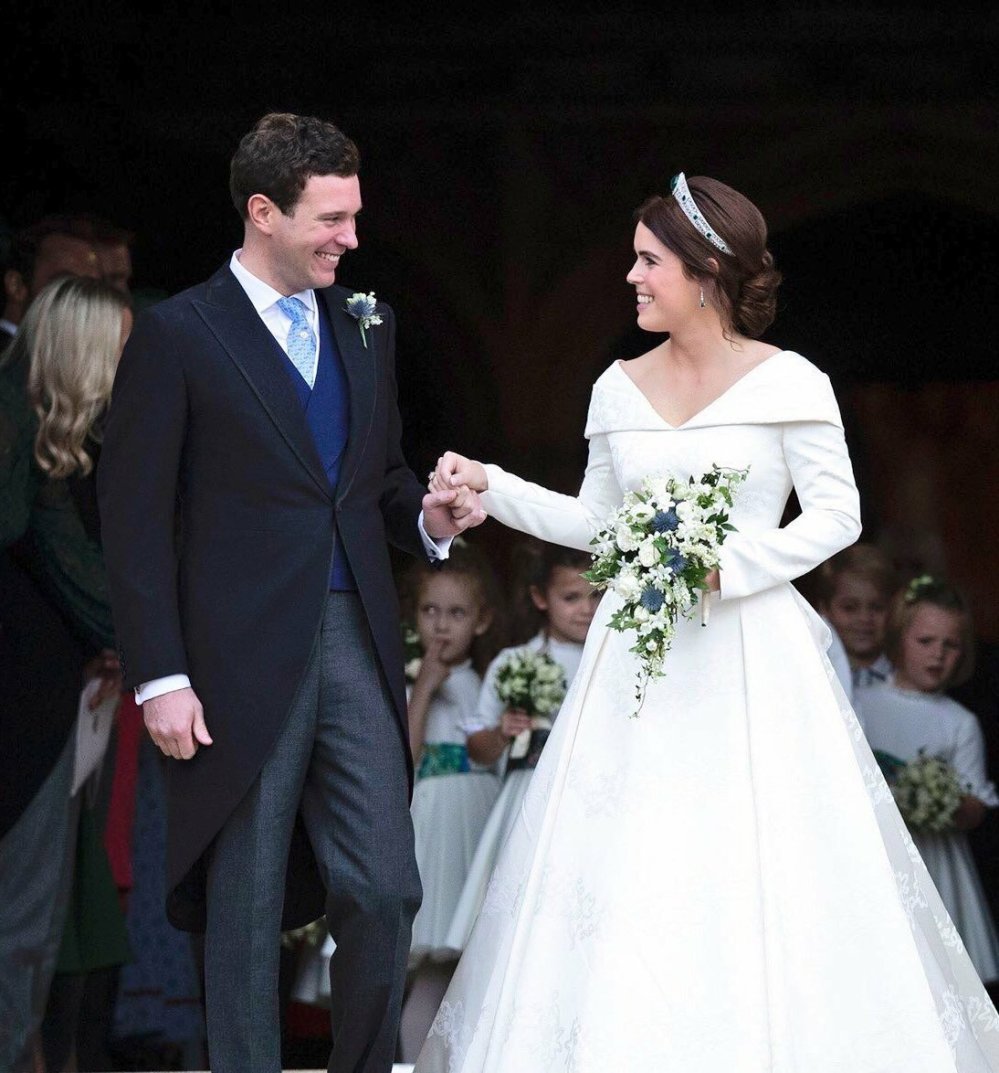 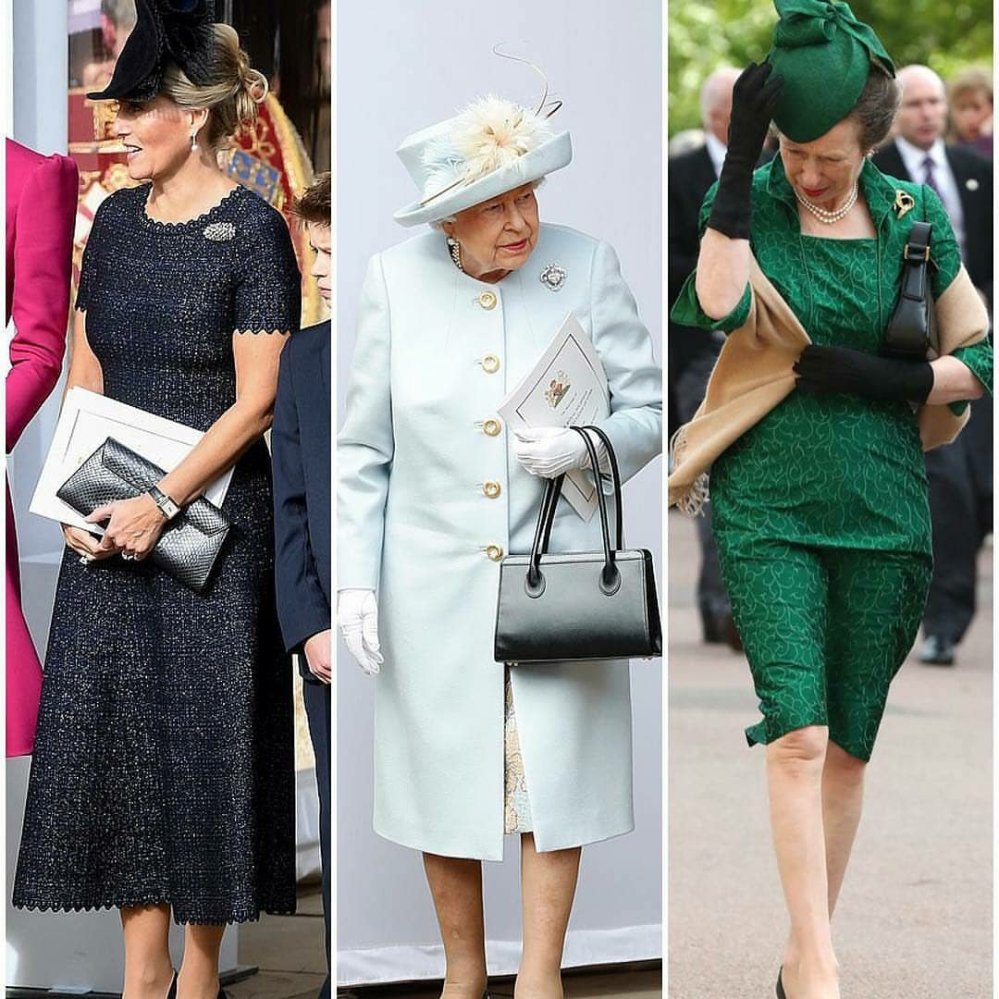 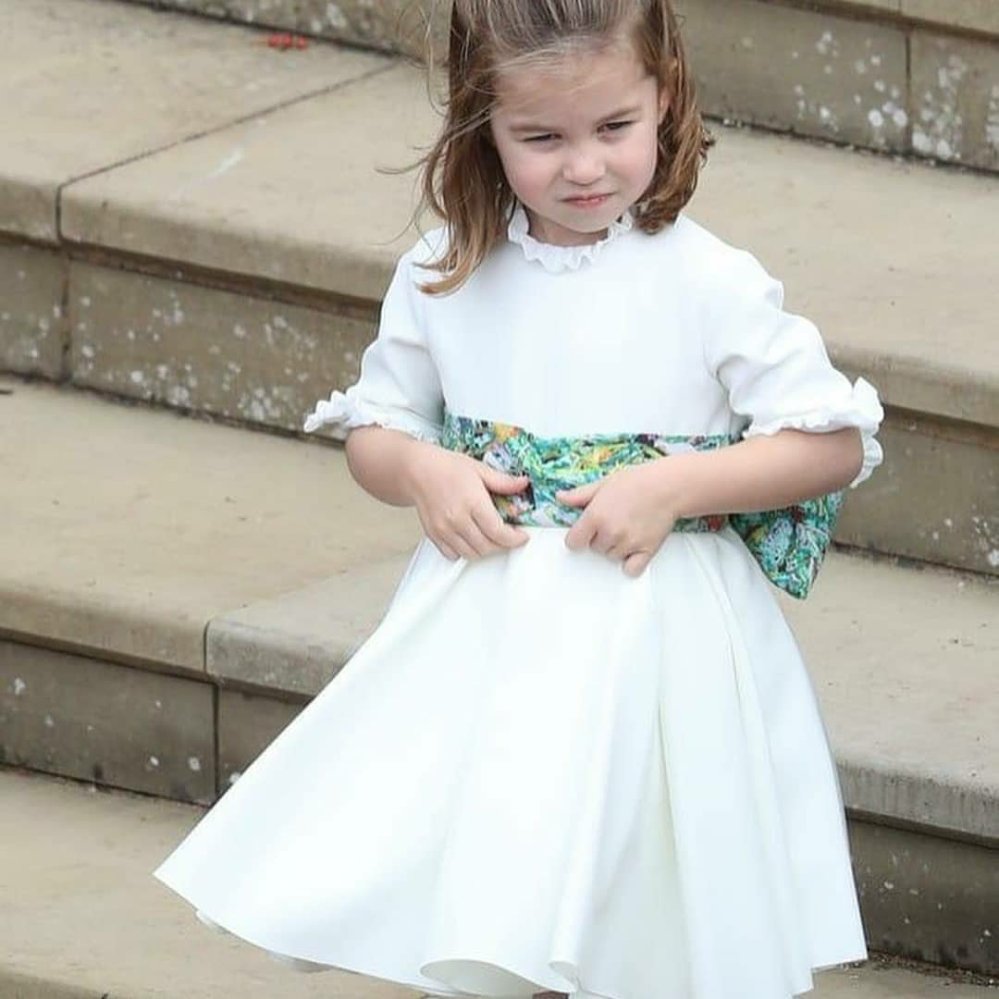